Current 360° VR experiences allow the user to look around a scene but not to move within the scene. Lack of support for positional motion breaks the sense of presence and induces cyber motion sickness.

In technical jargon, current-generation experiences support only 3 degree-of-freedom (DOF) rotational motion where the virtual scene reflects changes in the rotation of the user’s head only, as shown in the image below. 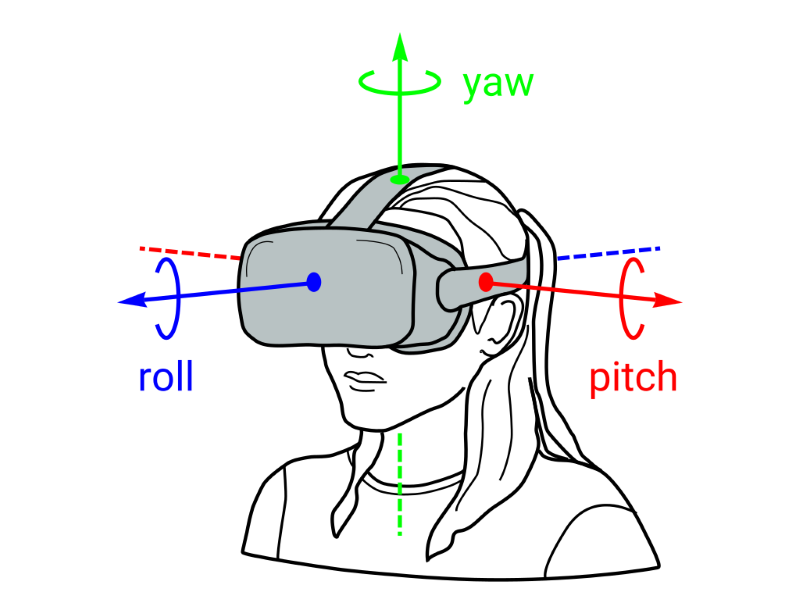 Current-generation experiences do not support positional (i.e. translational) motion that would allow the user to move within the scene, for example to lean or take a step forward. Positional motion is illustrated in the image below. 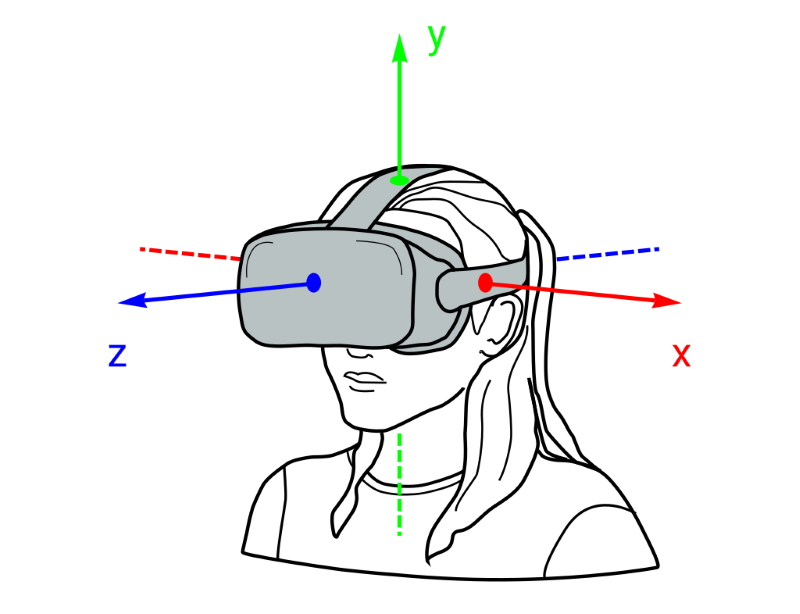 Current-generation experiences do not support positional motion, which provides another 3DOF motion.

The holy grail of 360° VR experiences is to allow the user to move freely in the scene by supporting 6DOF motion that comes from supporting both rotational and positional motion (3DOF from rotation + 3DOF from position = 6DOF). The following illustration (from Alex4d) shows the full range of motion provided by supporting 6DOF motion (note that the user could move much greater distances than shown in this illustration).

By supporting 6DOF motion the user is completely immersed in the virtual environment and can explore it as they would the physical world, creating a greater sense of presence.

“…ensuring you can sit, stand, lean in and jump back makes a huge difference in how vivid and realistic a virtual environment feels. It determines whether you passively watch a dinosaur walk by or are able to duck as its tail swishes past you.” — Tim Bradshaw, FT

If you’re interested in learning more about copernic360 or would like to get a demo, please visit the product page.